Skip to content
Ruth Family History, Fortitude, Happy Mail, Mum, RAF April 14, 2016October 11, 2017
Once upon a time, Mum wrote a letter.
Actually, scrub that.
Mum wrote lots of letters.
She began her life-long habit of writing to penfriends in the late 1950s.
There was Janice in South Wales, Bobby in America, Mariette in Belgium.
And then there was Kay.
Which brings me back to my opening line … once upon a time, Mum wrote a letter.
It was 1974.  She was 30 years old with three small children
and a husband preparing to leave the Royal Air Force.

In Kay, Mum found a kindred spirit.
A married lady of the same age who had two young children.
There the similarities ended, as Kay lived in semi-rural Australia.
Somehow, these two young women, living a world away from each other,
became the best of friends.
Kay’s family became our family and vice versa.
Even though they never met, they loved each other dearly.
Her final letter arrived on 11 December, 1995.
Kay passed away in February 1996, just six months after Dad. 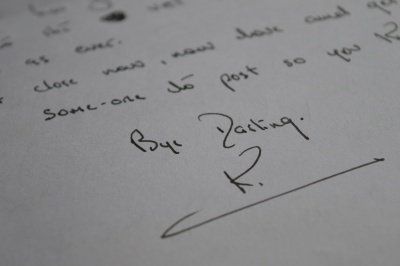 I have Kay’s letters now, each and every one.
I can’t bring myself to read them.  Somehow it seems wrong.
We were raised to never read other people’s mail and I don’t think I can start now.
Kay’s daughter has all of Mum’s letters, boxed and in a wardrobe.
Before she died, Mum reflected on how much she had loved Kay
and expressed a wish that something could be done with all the letters.
One day, I hope to make that happen.
To find a publisher and a willing editor.
Kay’s husband travelled to the UK in 1997 and stayed with us for three weeks.
He was, as I believe the Aussies might say, a bonza bloke. 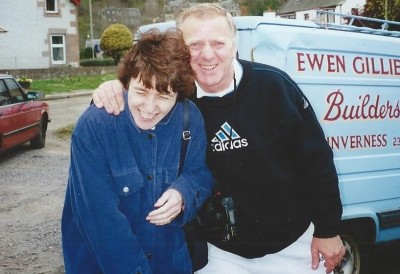 The Brainy One and I went to Australia in 2005 and spent a week with Kay’s husband,
daughter, son-in-law and grand daughters. 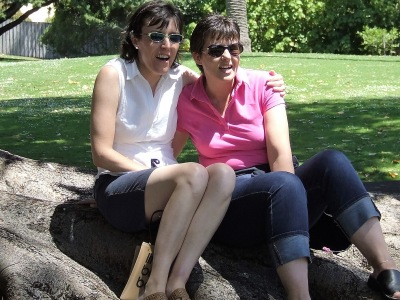 We are still in touch and I still think of them as extended family.
From little acorns, mighty oaks grow.

7 thoughts on “The Original Happy Mail”