I was late reading any novels this month.  The first 10 days or so of April were spent reading a guide book to Washington, DC and a map. 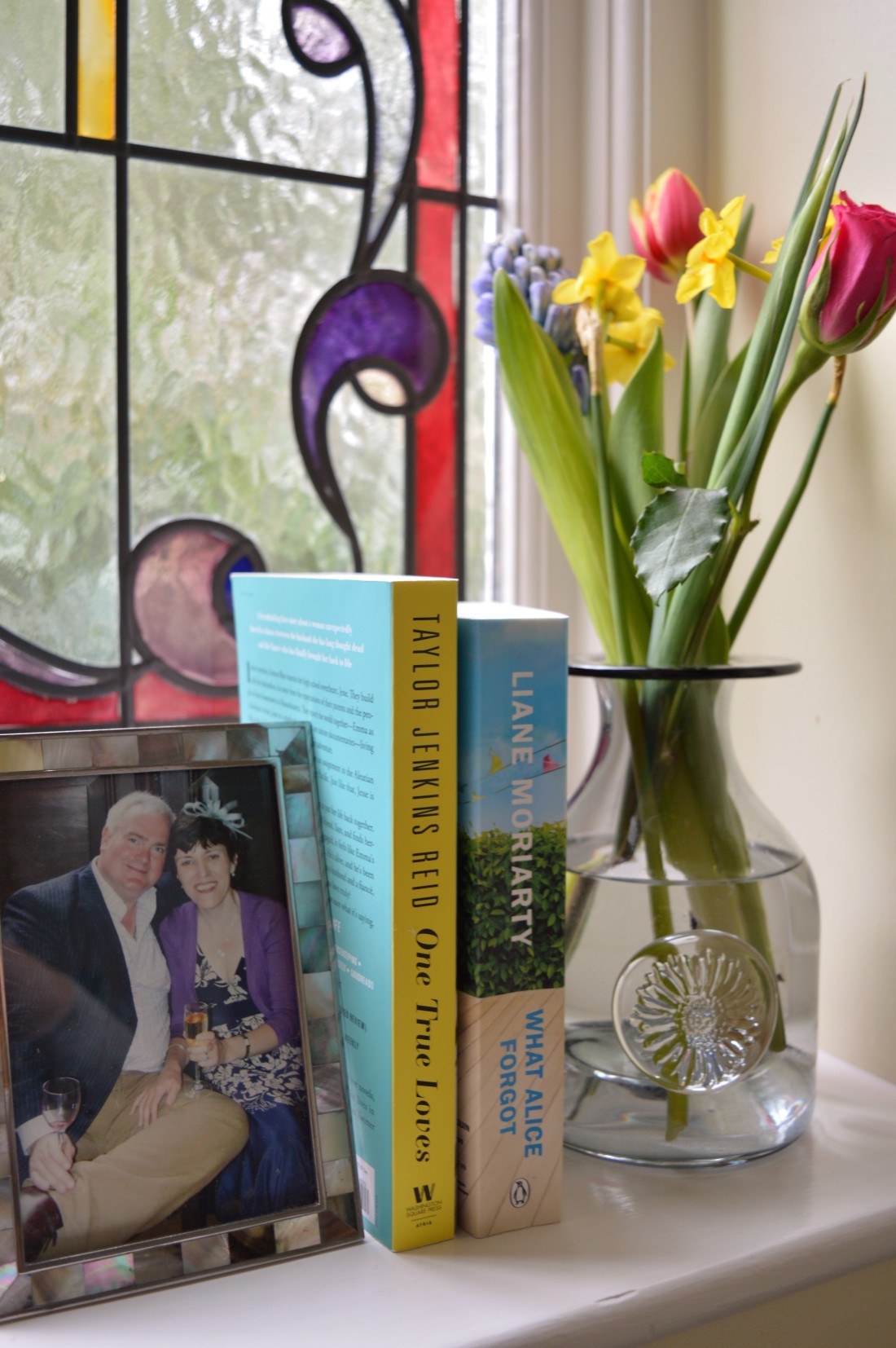 One True Loves by Taylor Jenkins Reid:  I saw this reviewed in a post called Top 12 Beach Reads, and I loved it.  Imagine you married the love of your life. Then he was in a plane crash and after grieving for a couple of years, you finally start to move on. And just when things with your new relationship are going smoothly, your husband is discovered not to be dead after all and is rescued.  What I particularly liked about this story was that the author didn’t take the easy route and make the husband or the boyfriend a character the reader wouldn’t like.  Towards the end, I knew who I wanted her to choose (because you know she has to make a choice at some point) and I resisted the urge to flip to the end to find out who turns out to be the one.

What Alice Forgot by Liane Moriarty:  this was another recommendation from Top 12 Beach Reads and I was gripped.    Alice, in her thirties, falls in a step aerobic class at the  gym and when she wakes up, she remembers nothing of the past ten years. She thinks she’s still in her twenties, madly in love with husband and expecting their first child. It’s a shock (to put it lightly) to discover that ten years have passed, she has three children, and that her marriage is collapsing. But Alice is determined to set things right, no matter what it takes.  This was such a clever story; can you imagine losing 10 years of memory in an instant and how terrifying that must be?  I spent some time thinking back over my last 10 years and cried when I realised that I would have to relive the grief of losing Mum, my parents-in-law and Grandad Paddy.  The thought of also having to relearn about The Boy Child’s autism was enough to bring the wander down Memory Lane to an abrupt end.

I can see myself rereading both of these books in the future.  I’ve now started The Little Women Letters by Gabrielle Donnelly and I’ll cover that in next month’s round-up.