Skip to content
Ruth Christmas, Christmas Traditions, December Daily, Fortitude, Mum December 5, 2016October 11, 2017
It was only after we’d settled on the first Saturday in December for our annual Non-Christmas Christmas Drinks Party, I realised it was the 3rd.
Saturday would have been Mum’s 73rd birthday.
So, we talked about it and talked about it some more.
We decided to go ahead, as Mum would have been the first to say that not doing something nice
on the anniversary of something painful was just plain silly. 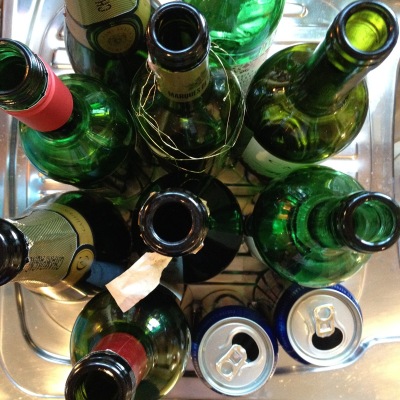 We call it the Non-Christmas Christmas Drinks Party because,
as our friends are a mix of different cultures and faith, it makes sense.
There was plenty of alcohol, plenty of tea and coffee, plenty of soft drinks.
We had finger food.
And dessert.  Plenty of dessert.
Of which, only the alcoholic empties were photographed.
Before the majority of our friends arrived,
the three of us took a moment to toast Mum.
And that was enough.