The Brainy One had the all clear from his surgeon earlier this week.
And the go ahead for a new regime of exercise and diet.
Which meant that the trailer bike could come out of the shed. 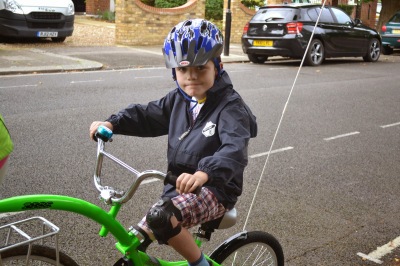 The boys rode off to the park and I walked down with the pooch.
Rendezvousing at the cafe.
Which goes against the earlier statement of a new regime of exercise and diet.
But one of two isn’t bad.
And Rome wasn’t built in a day.
Blah, blah, blah.

Can you tell that The Boy Child was enjoying himself immensely?

The pooch did his best to keep up with them. 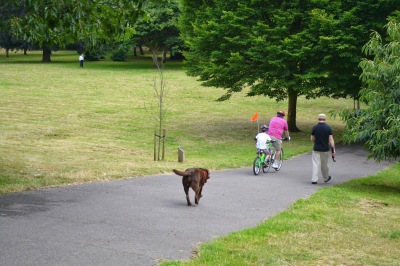 In his mind, The Boy Child is the next Sir Bradley Wiggins. 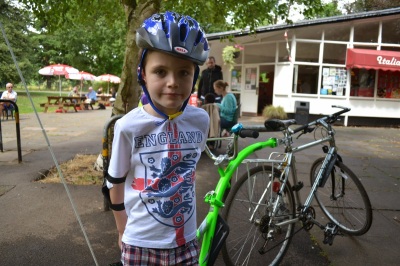 But not if he gets his chops around too many Hot Dogs.